Designed, built and tested by Leonardo in Campi Bisenzio (near Florence), with the support of many international partners, the Lightning Imager (LI) is an observation tool that can “see” lightning in the earth’s atmosphere from more than 36,000 km away and will conduct analyses of primary importance for the Meteosat Third Generation (MTG) satellites, which will be sent into orbit to monitor the atmospheric phenomena affecting our planet. 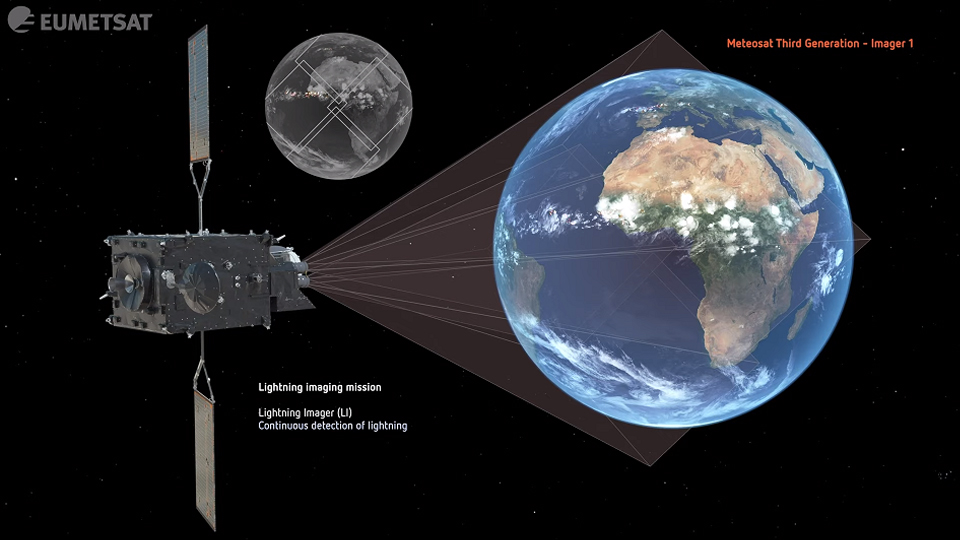 Scientists and meteorologists have been observing and trying to learn more about lightning for decades, because beyond its evocative nature and beauty, it is also a safety hazard for humans, the environment and transport, an issue that cannot be left entirely to chance. The Lightning Imager (LI), Europe’s first space-based “lightning-buster”, is capable of intercepting even just a single bolt of lightning at a distance of 36,000 kilometres from Earth (at present other tools of its kind can only detect lightning clusters), making it the most advanced imager in the world. As a result, adding it to MTG’s arsenal of technological instrumentation will make a huge difference to the study of this important meteorological phenomenon.

One team, a single project for next generation meteorology

The Lightning Imager was designed in Campi Bisenzio (near Florence) by a team of a good 30 engineers and technicians, coordinated by Carlo Simoncelli, the instrument’s programme manager, and led, on the engineering side, by Guia Pastorini. The team has been working on the lightning detector for nine years, ever since Thales Alenia Space commissioned Leonardo for ESA (the European Space Agency), in 2012, with the objective of installing it on the first Meteosat Third Generation (MTG) satellite.

The Meteosat Third Generation programme, developed by ESA in collaboration with EUMETSAT, includes six satellites – four MTG-I ('Imaging') and two MTG-S ('Sounding') satellites – located in geostationary orbit, approximately 36,000 km away from Earth.
The Lightning Imager will be on board the four ‘imaging’ satellites. After the first LI is completed, the engineers at Campi Bisenzio will proceed with the production of the other three.

Leonardo’s lightning hunter – or ‘lightning detector’ – will transmit data from its space base to Earth’s ground stations, helping meteorologists prepare more accurate weather forecasts and providing valuable information for the in-depth study of atmospheric phenomena, while also contributing to the safety of air transportation. Lightning strikes are an unpredictable threat to an aircraft in flight, which is why using the Lightning Imager will provide essential information on the location of storms and help to avoid any impacts on aircraft.

Made up of four, five-lens telescopes, mainly directed over Europe, North Africa, the Middle East and South America to capture data from the Earth’s hemisphere, the Lightning Imager will be able to detect electrostatic discharge directly from Space, under any light conditions and in any context (sea, city, desert), be it day or night.

Each of the four telescopes can record up to 500 images per second, also allowing European agencies to gain valuable insights into the more remote areas of the world and the oceans, where there are currently no weather stations. 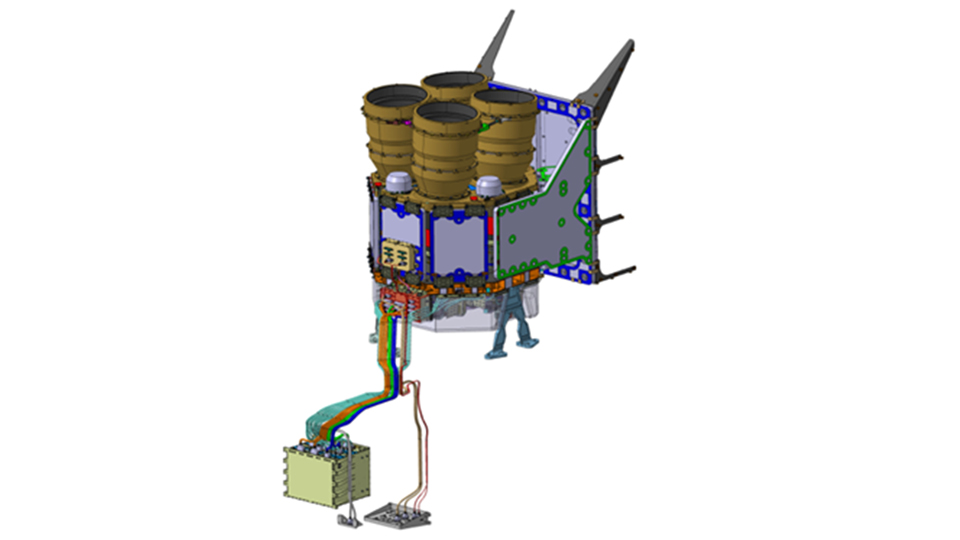 The challenge of optics on Earth and in Space

The Lightning Imager is a highly complex system which required the development of optical systems that could capture lightning flashes, even in the presence of reflected light, i.e. when the Sun reflects directly on the lightning detector’s lenses or on the surface of the sea.
In order to overcome these obstacles, engineers have developed a highly complex solution that uses special filters that darken rim light, only picking out the light generated by the lightning. But that’s not all: electronic cards on the Lightning Imager independently calibrate the brightness of the images, ‘auto-adjusting’ to each specific scenario, allowing for the detection of lightning bolts in both extremely bright scenarios (such as densely populated areas or light reflections), and extremely dark scenarios, such as the desert.

The elevated data processing capabilities of the Lightning Imager make it possible to collect and process an enormous quantity of data – in fact, the LI can collect approximately 6GB per second However, only 4MB of this data will be transmitted to Earth, reducing the amount of data collected by about 1000 times. This is because the AI-based processors will automatically reject any data that is not related to lightning. The advantages for ground stations are clear, as they will only receive relevant data, allowing them to focus their analyses on an optimised selection of images that will help them better understand atmospheric phenomena and allow them to act accordingly.

Leonardo's participation in the MTG programme is not just limited to the installation of the Lightning Imager on its satellites. The company will also provide AA-STR star trackers and PVA photovoltaic power generators for all six of the programme's next generation satellites. Furthermore, the project also sees the active involvement of Leonardo’s joint ventures, Thales Alenia Space (TAS) and Telespazio. In the role of project manager, Thales Alenia Space has been constructing Meteosat satellites for more than 30 years, while Telespazio is involved in the ground-based segment, not only in data acquisition but also command and control operations. Telespazio will also provide EUMETSAT with launch and in-orbit services for two of the new MTG constellation satellites, with an option for a third.