From 5th to 8th October, the second Earth Technology Expo kicks off at the Fortezza da Basso in Florence, an exhibition of the technological applications and innovation included in the guidelines of the Next Generation EU.

The digital transition as a support to the ecological transition, observation of the earth from space, smart cities and the new urban mobility, emergency management and safety technology are among the main themes of the international event, which also includes a robust conference schedule.

Leonardo, with innovative technologies that can support digitization, security and sustainability and with a strong presence in Tuscany, is one of the main partners of the event. At the Leonardo stand it will be possible to closely see a mock-up of SLSTR, an instrument capable of measuring the temperatures of land and water from space, and the X-2030 platform for intelligent monitoring of the territory and critical infrastructures; to learn more about Leonardo’s FALCO drones for the surveillance and security of the territory and the geo-information solutions offered by e-GEOS.

Leonardo will also contribute to the debate on the themes of the Earth Technology Expo through the participation of its experts in the numerous panels scheduled during the event, including those of the "Mare Climaticum Nostrum" event, promoted by the Italian Agency for Development Cooperation and dedicated to presentation of the First Scientific Report on short and long-term climate impacts in the Mediterranean area, drawn up by the Euro-Mediterranean Center Foundation on Climate Change (Cmcc Euromed).

The Earth Technology Expo in Florence is open to everyone and participants include the civil protection and risk prevention systems, technicians and administrators of the Public Administration, companies and professionals, technicians and researchers from universities and centers research, citizens and associations of active citizenship, as well as high school and university students and professors.

Space technologies and services are essential for monitoring the health of our planet, managing emergencies and providing innovative services to citizens. Thanks to data from Italian Earth observation programs, including COSMO-SkyMed (of the Italian Space Agency and the Ministry of Defense) and PRISMA (of the Italian Space Agency with on board the most powerful hyperspectral sensor in the world made by Leonardo in Campi Bisenzio), or from the European sentinels of the Copernicus program, we are able to monitor the melting and displacement of glaciers, oil spills or sea level rise, water and land consumption, pollution, illegal deforestation or volcanic eruptions.

Numerous instruments on board of the Earth observation satellites are designed and developed at Leonardo's plant in Campi Bisenzio (Florence). At the Earth Technology Expo, Leonardo will exhibit SLSTR (Sea and Land Surface Temperature Radiometer), an electro-optical instrument capable of measuring the temperature of the sea and earth surface with an accuracy of one tenth of a degree from an altitude of approximately 800 km. SLSTR is already operational aboard Sentinel-3 of Copernicus, the European Space Agency (ESA) program for Earth observation. Leonardo's radiometer is a fundamental tool in the analysis of climate change, but also in the study of fires, global warming and floods. For example, thanks to SLSTR Sentinel-3 was able to record extreme temperatures in Europe this past summer. 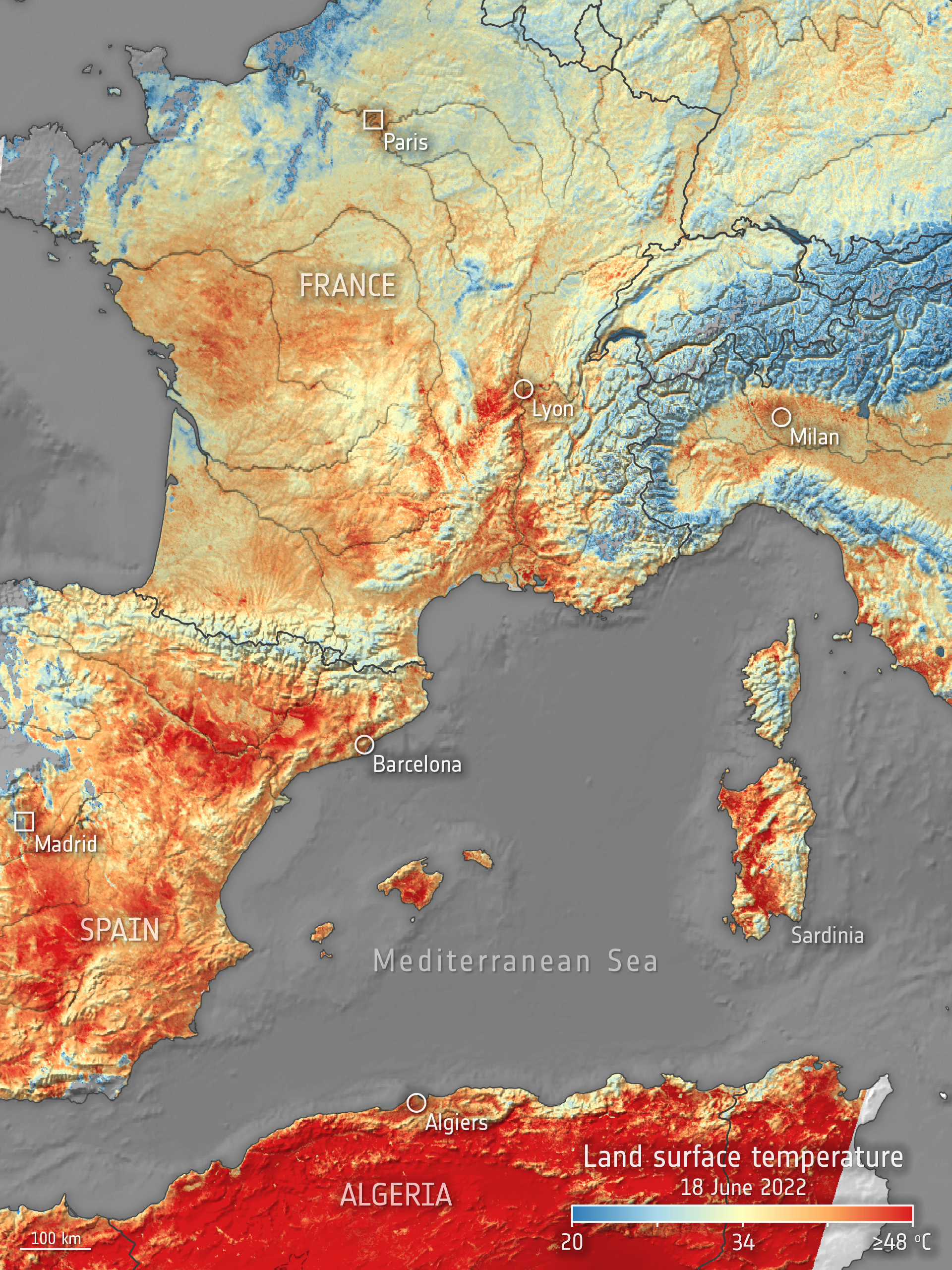 Earth observation data collected by instruments such as SLSTR are crucial for the creation of detailed maps of the territory and used for identifying damaged areas, calculating imminent risks and offering support in emergency management, environmental monitoring and critical infrastructure monitoring.

e-GEOS, an ASI (20%) and Telespazio (80%) company, is a global leader in the supply of applications and services through highly technological and innovative geoinformation platforms based on artificial intelligence and cloud technology.

With a unique portfolio of application services, from the acquisition of radar and optical satellite data to the generation of analytical reports and maps, e-GEOS can identify building deformations with an accuracy of just a few millimeters, infrastructures, transport networks or monuments. This activity enhances the analysis carried out on-site, over time monitoring the stability of the studied elements.

Satellite data also plays a central role in Leonardo's Global Monitoring solutions, which sees the X-2030 platform as the fundamental asset for intelligent monitoring of the territory. 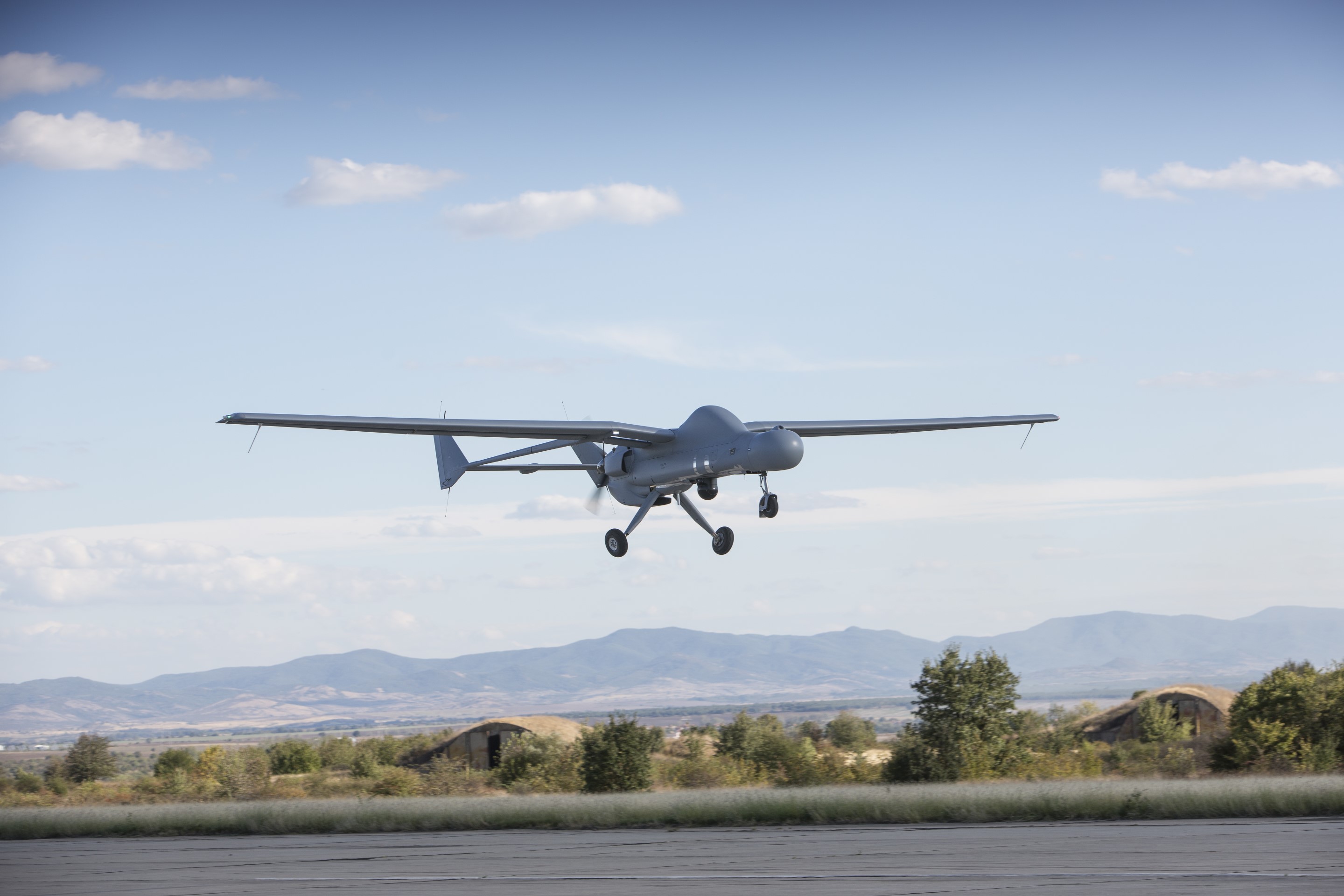 X-2030, Leonardo's proprietary solution developed due to the Campi Bisenzio site expertise, is able to integrate, correlate and analyze a huge amount of data and information from heterogeneous sources (satellite data, field sensors, banks data and open sources such as social media) thanks to artificial intelligence. The platform, based on cloud-computing, concretely contributes to the safety, monitoring and integrated protection of the critical assets of the territory in order to increase their resilience, including the prevention of crimes against the environmental heritage such as fires, monitoring the hydrogeological risk and supporting the Civil Protection in ordinary and extraordinary management.

On the platform’s touchscreen, all information is georeferenced on a map for an efficient allocation of resources. Not only that: X-2030 allows to better coordinate efforts in the field thanks to the integration with Leonardo's RIM (Multi-vector Hybrid Network) professional communication networks.

X-2030, whose development has considered the aspects of cyber protection and resilience since its design (secure & resilient by design), can also integrate Cyber Threat Intelligence data, relating to real-time monitoring and management of the cyber threat.

Another success story comes from the surveillance offered by the drones of the Falco Family, designed and built by Leonardo. Some of the key sensors of these drones are born in Leonardo's plants in Tuscany.

The FALCO drones (FALCO, FALCO EVO and FALCO XPLORER) are designed to collect information and identify targets in real time, guaranteeing the awareness of the scenario thanks to on-board sensors.

News
Space
The adventure of returning to the Moon begins with the successful launch of Artemis I
News
Space | Sustainability
PRISMA: agreement reached for the study of a second-generation satellite to monitor the planet’s health

Receive the latest updates from Leonardo

Register for the News Alert service