Artemis prepares to land the first woman and the next man on the Moon. Spacecraft, habitation modules, robots and connection systems will make it possible to live sustainably in space. Next stage: Mars

The best of the space industry’s key players are currently at work on the next lunar missions. Developed by NASA in collaboration with the European Space Agency (ESA), an ambitious plan is now about to become reality: 50 years after Eugene Cernan’s last Moon walk, humanity will set foot on our satellite once more, and one of them will be a female astronaut.

Not by chance, the American space agency has named the programme “Artemis”, the goddess from Greek mythology and twin sister of Apollo, who in turn inspired the name of the first US missions to the Moon. But this time round, the objective of Artemis is to return to our satellite and stay there. This will make the Moon not only a point of arrival but also a point of departure, because the next step in the programme will be to test out the technologies required for human missions to Mars.

Human presence on the lunar surface will be sustainable and will allow for further research that will also provide useful knowledge for our life on Earth. This will require several innovative technologies, which the NASA and ESA collaboration can deploy through their respective industrial systems.

For Giovanni Fuggetta, Leonardo's SVP Divisional Space Business, who in a few weeks will follow the launch of the first Artemis mission that will take place at the Kennedy Space Center in Florida, “it will be a historic day for space exploration. In that moment, the effort of about 50 Leonardo engineers and experts who made the “wings” and the electronic units to power Orion’s European service module will be acknowledged". 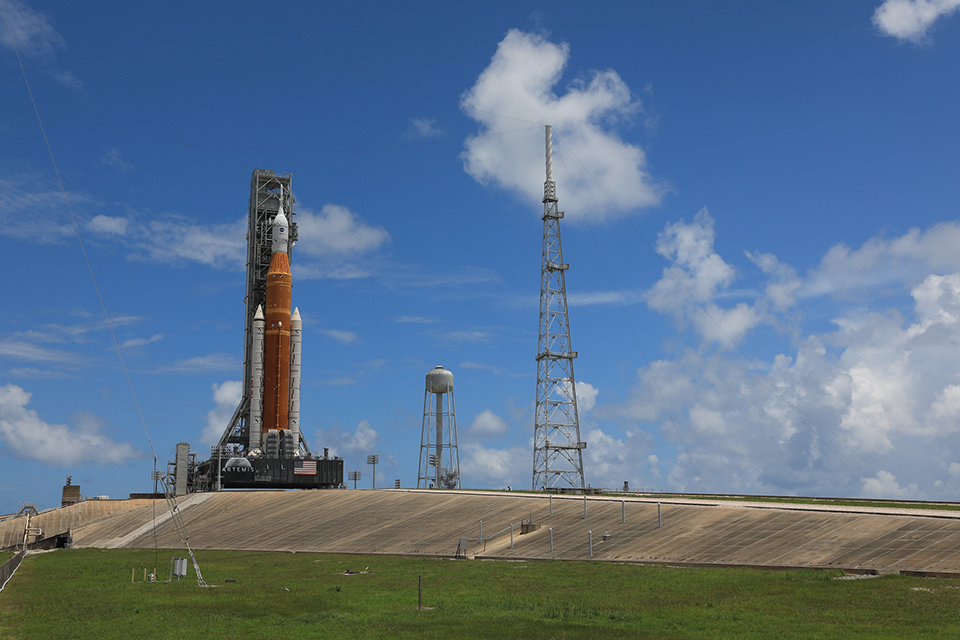 The ambitious Artemis programme comprises several components, including a launch system (SLS), the Orion spacecraft that will transport the astronauts, a Lunar Gateway, the astronauts’ home that will orbit the Moon, and a lunar landing system (Human Landing System).

The programme foresees three stages, which will be divided into the following missions:

Artemis I – The first mission will test the Space Launch System with a crewless test flight of Orion around the Moon and back. Three launch windows are already planned for this mission, with the first scheduled on the 29th of August and others on the 2nd and 5th of September. Just like the Apollo mission, the rocket that will propel the spacecraft into orbit will leave from launch block 39B at the Kennedy Space Center in Cape Canaveral. Orion will spend up to six weeks in space, where it will orbit the Moon and return to Earth, splashing down off the San Diego coast.

Artemis II – The spacecraft will make its first crewed test flight around the Moon. This second mission will serve to demonstrate that the Orion systems are ready to support the astronauts on long-term missions and will also allow the crew to practise essential operations to ensure the success of the next mission.

Artemis III - This stage will mark mankind’s return to the Moon’s surface, with the landing of the first woman and the next man. 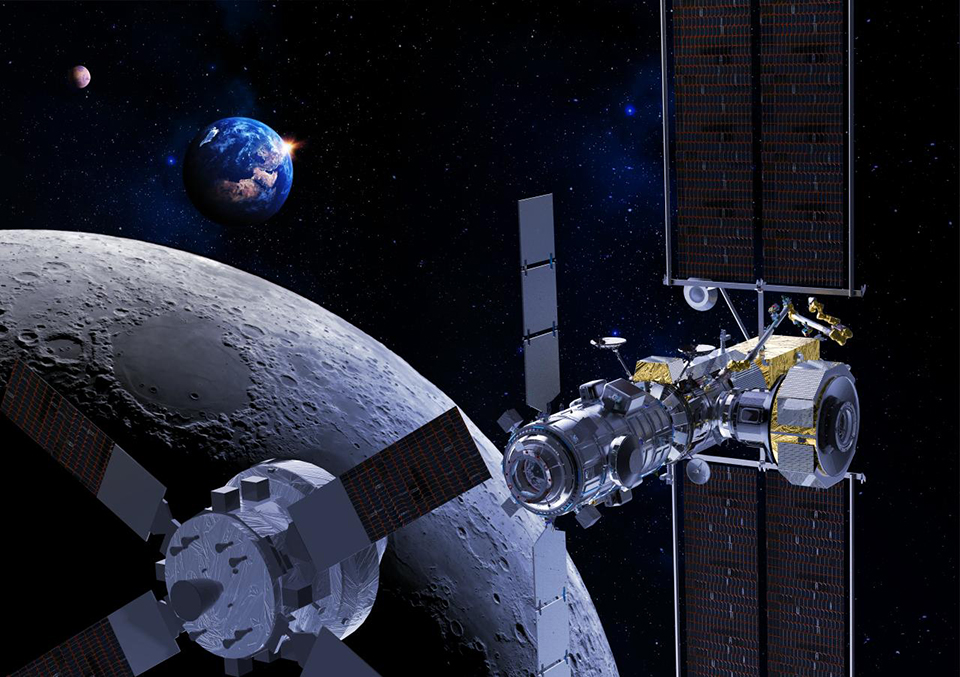 Credits: Thales Alenia Space, E. Briot
Artist’s impression of the Lunar Gateway and the Orion spacecraft around the Moon, with Earth and Mars in the background

Thanks to the Italian Space Agency (ASI), Italy plays an extremely important role in the Artemis programme and the technological developments that will allow humans to remain on the Moon and reach Mars.

With regard to the industrial aspects, Leonardo and its joint ventures Thales Alenia Space (67% Thales, 33% Leonardo) and Telespazio (67% Leonardo, 33% Thales) will not only be providing a very specific set of skills in infrastructure, robotics, artificial intelligence and connectivity fields, but will also be providing additional services and operations that will be of strategic importance for Artemis. A contribution that extends to various areas of the programme. 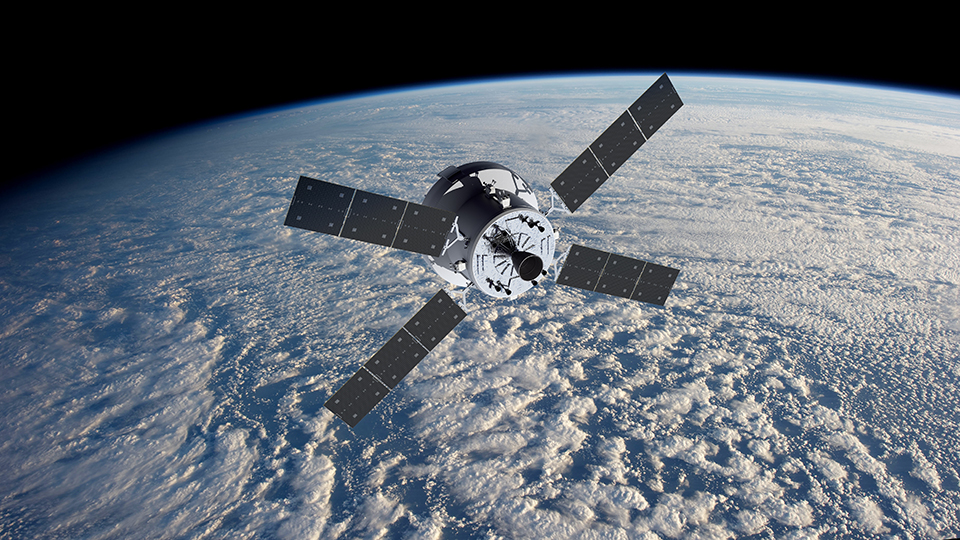 As well as being the capsule that will house the astronauts during the journey, the Orion spacecraft is equipped with the ESA’s European Service Module (ESM), a module that supplies electricity, propulsion, temperature control, air and water to the travellers. At its Nerviano plant in Milan, Leonardo produces the photovoltaic panels (PVA) that make up the four ‘wings’ of the service module. Each panel measures seven metres and can deliver a total of approximately 11 kW to power the on-board electronics. The electronic units (PCDU), which control and distribute energy to the spacecraft, are also manufactured in Lombardy. Whereas Thales Alenia Space is responsible for the primary structure of the ESM module and the critical subsystems, including the micrometeorite protection and temperature control system. 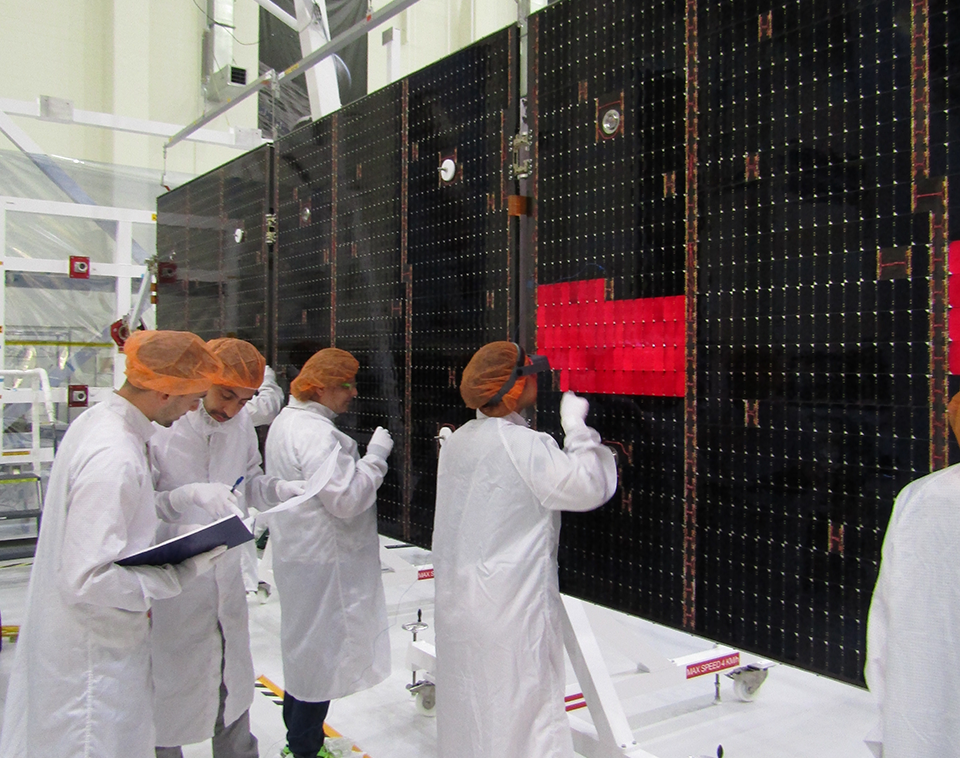 Lunar Gateway, the space station that will orbit the Moon, will provide an important support base for the new generation of explorers. The Gateway will consist of several pressurised modules, where the astronauts will be able to live and carry out their activities. Thales Alenia Space in Turin is the supplier of the I-HAB, international habitation module; the ESPRIT, communications and refuelling module, and, finally, the primary structure of HALO, the habitation and logistics module.

Making space for the future

These are the features that have already been made or are under development for Artemis so far, but space agencies have also commissioned a number of additional features and projects. These include the creation of a “village” (base camp) that will provide infrastructure and services to lunar inhabitants, with the goal of creating the best possible living conditions for people travelling to the Moon for work or recreation, or astronauts who need to embark on new missions to other planets, like Mars.

“We are proud to support humanity's vision and ingenuity to create permanent communities on the Moon. Today with high-tech equipment, and tomorrow with robotics, atomic clocks, sensors and technologies that Leonardo has been developing for space for over 60 years,” added Fuggetta.

Robotics will be a core technology to support the creation of the village. Using algorithms and artificial intelligence, robotic arms and drills will help man to dig, build structures, cultivate plants, extract and transform substances into water, oxygen or propellent for launches from the lunar surface. As a leader in space robotics, Leonardo has already developed drills for exploratory missions on a comet, Mars and the Moon, and has also designed a complex robotic arm for the Mars Sample Return programme.

Whereas Thales Alenia Space is designing a “lunar shelter”, the first pressurised outpost that will house the astronauts on the surface, and also transport and logistics modules: a flexible and upgradeable, multi-purpose, pressurised structure (Multi-Purpose Module – MPM) for an ASI research project. As well as the shelter, two further ESA projects are currently in the design stages, including the Cis-Lunar Transfer Vehicle (CLTV) and the European Lunar Lander (EL3), which will be able to offer logistic support to the Artemis missions, such as supplying goods and services, for example.

To carry out all of these activities, it will also be essential to create communication and navigation services, like Galileo or GPS on Earth, which will guarantee constant contact between the astronauts, robotic systems and the control centres, as well as providing precise positioning on the lunar surface. In this field, Telespazio, leading an international consortium, has been selected by ESA to design an infrastructure for lunar communications and navigation. The project comes under the Lunar Communications and Navigation Services (LCNS) initiative of the Moonlight programme, and its requirements include the ability to make the system interoperable with LUNANET, the infrastructure that NASA is developing to support the Artemis programme.

Infrastructures, services and instruments for a permanent presence on the Moon are developing the “Lunar Economy”, a challenge that Leonardo, in partnership with Thales Alenia Space and Telespazio, is ready to face and support with its technologies and long-standing experience at the service of space agencies across the globe.