The ‘radar eyes’ of COSMO-SkyMed

The COSMO-SkyMed constellation is the most ambitious satellite Earth Observation programme ever developed in Italy and, indeed, a worldwide first. Over the last 15 years it has taken more than 2,000,000 images from space with the aim of protecting both citizens and the environment. The constellation, born from the collaboration between the Italian Space Agency (ASI) and the Ministry of Defence, with the contribution of the Ministry for Education, University and Research, is the first in the world to have a dual – civil and military – purpose.

The COSMO-SkyMed satellites are engaged 24/7 in monitoring of territory, in security operations and in supporting the management of natural or man-made disasters. Its ‘radar eyes’ can monitor land, infrastructure, or glacier movements to an accuracy of just a few millimetres. They enable control over areas considered at risk, such as archaeological sites or historical buildings, quantifying any shift in their structures over a certain period of time – and all from a distance of 620 kilometres from our planet.

The radar images acquired by the constellation have proved vital for the timely intervention of humanitarian aid and civil protection operations in areas affected by some of the greatest environmental emergencies of recent years. These include the wildfires in Australia, the volcanic eruption in La Palma, the Nargis cyclone in Burma, and the earthquakes in Abruzzo, Emilia Romagna and Central Italy.

But the role of COSMO-SkyMed does not end there: through advanced Big Data analytics and Artificial Intelligence algorithms, the information collected by the constellation makes it possible, over time, to quantify and model complex climate and environmental phenomena. The aim is to create a true digital twin of life of our planet. This would enable us to improve the management of natural resources in an increasingly predictive way, and to combat, for example, agricultural overproduction, deforestation and hydro-geological instability.

A new generation, for even higher performance

In February 2022, the COSMO-SkyMed constellation will be enriched with another ‘second generation’ satellite, capable of offering improved performance in terms of image quality and versatility, while also ensuring better information processing capabilities on the ground and a longer lifespan of orbiting systems. 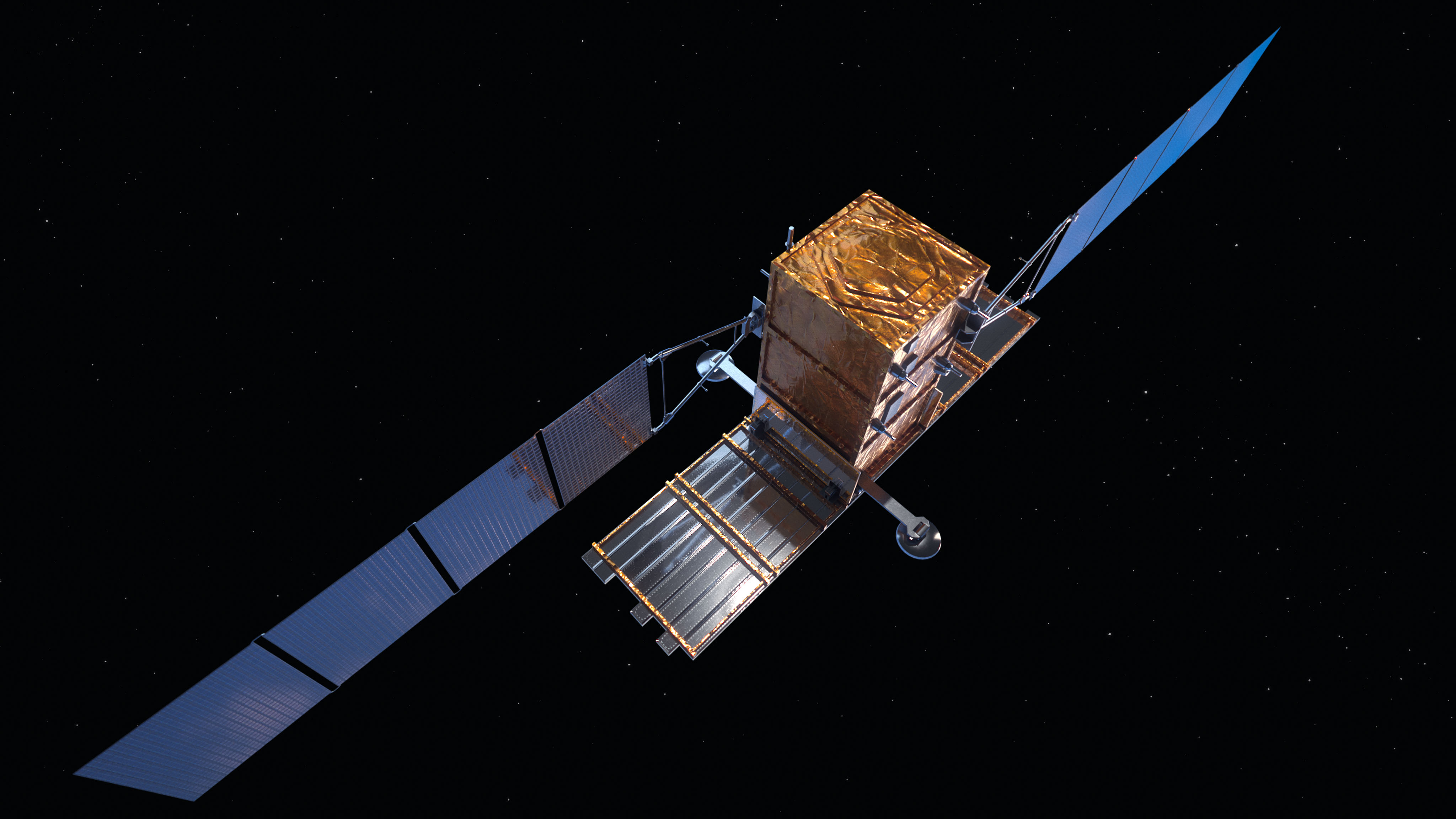 The most fascinating innovation introduced by the new satellites is undoubtedly the ability to acquire simultaneously two images in areas situated perhaps hundreds of kilometres apart. As the first synthetic aperture radar (SAR) satellite system to have this capability, COSMO-SkyMed can satisfy simultaneous requests that would have been impossible for any other satellite system.
All this translates into greater efficiency in support of civil and government users.

Through X-band SAR technology, the system can observe Earth from space with a high resolution and in all weather conditions – even through clouds – both day and night. Radar technology operates in the same way as sonar or the way that bats use echolocation, but instead uses electromagnetic waves. 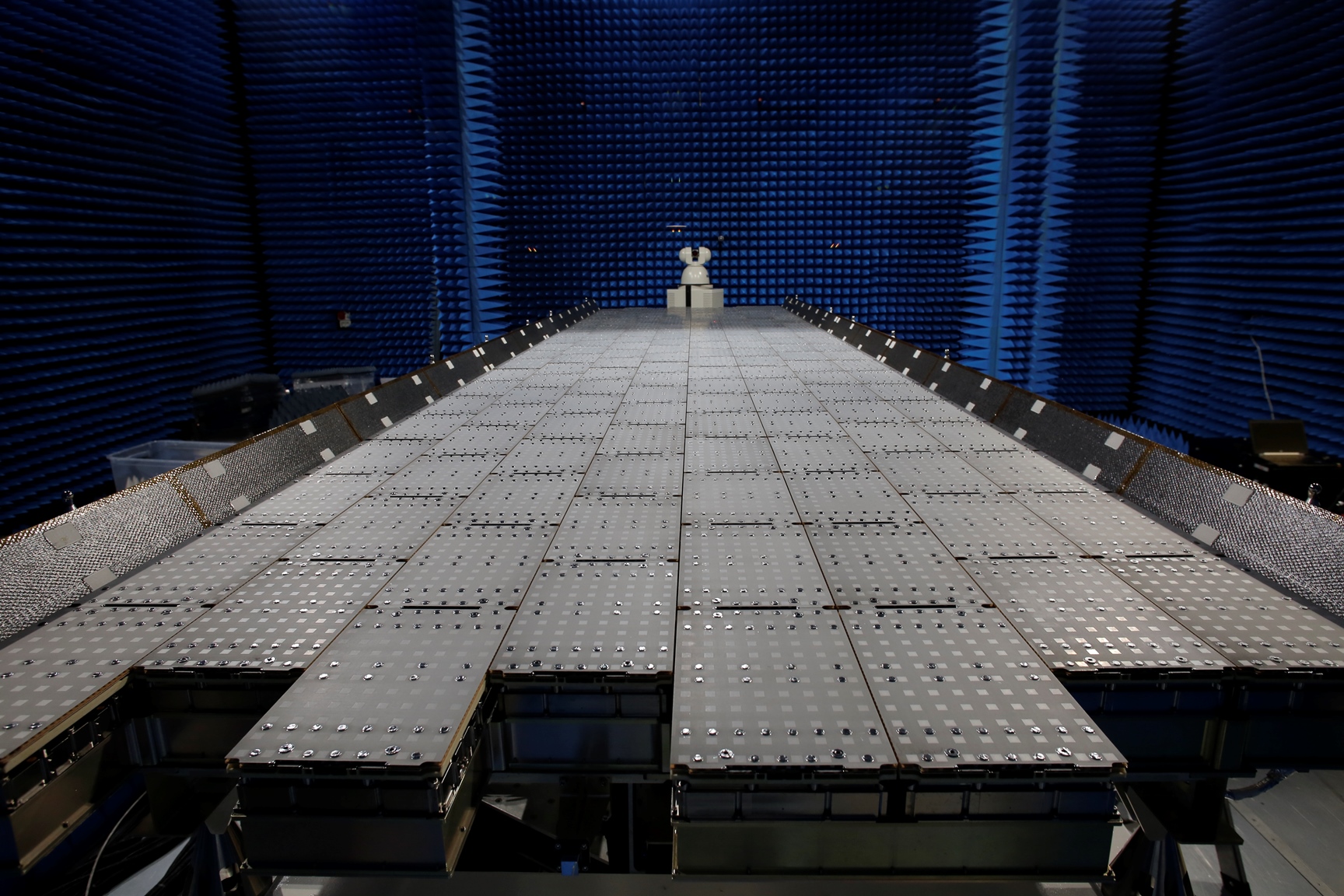 The system’s radar can operate in spotlight mode (focusing on an area of a few square kilometres and observing it with a resolution down to tens of centimetres), in stripmap mode (observing a continuous strip of land surface) or in scanSAR mode (covering an area of 200 km).

The success of COSMO-SkyMed stems from the investments, ideas, resources and skills arising from the joint efforts of Italy’s institutions, scientific community and national industry. Taking a front row seat in this adventure are Leonardo and the joint ventures of the Space Alliance, namely Thales Alenia Space and Telespazio, which have contributed their industrial heritage, alongside Italian SMEs and universities, to develop state-of-the-art systems.

Both the first and second-generation satellites were built in Rome, at the Satellite Integration Centre of Thales Alenia Space, a true driver of technological innovation in the Italian space industry. Leonardo is contributing to the current phase of the programme by providing star trackers to determine the orientation of the satellite, as well as photovoltaic panels and electronic power management systems.

Having built the satellite, it must then be accompanied into space and managed: to this end, Telespazio has designed and developed the entire ground system supporting the constellation and will be managing the launch and early orbit phase (LEOP) of the COSMO-SkyMed satellites from the Fucino Space Centre. This is the world's largest teleport for civilian use, nestled in the Abruzzo Apennines, where the first telemetry data sent by the satellite will also be acquired.

Finally, once in orbit and when the satellite becomes fully operational, the core activities will be performed by the ASI Space Centre in Matera, operated by the company e-GEOS (Telespazio 80%, ASI 20%), which is responsible for acquiring, processing and commercialising the COSMO-SkyMed data.

Behind every satellite lies an all-Italian supply chain, with its cutting-edge infrastructure and technologies, but above all a group of highly skilled people who make our country and our industry one of the world leaders in the field of Earth Observation.